Speak Out and Stand Out! 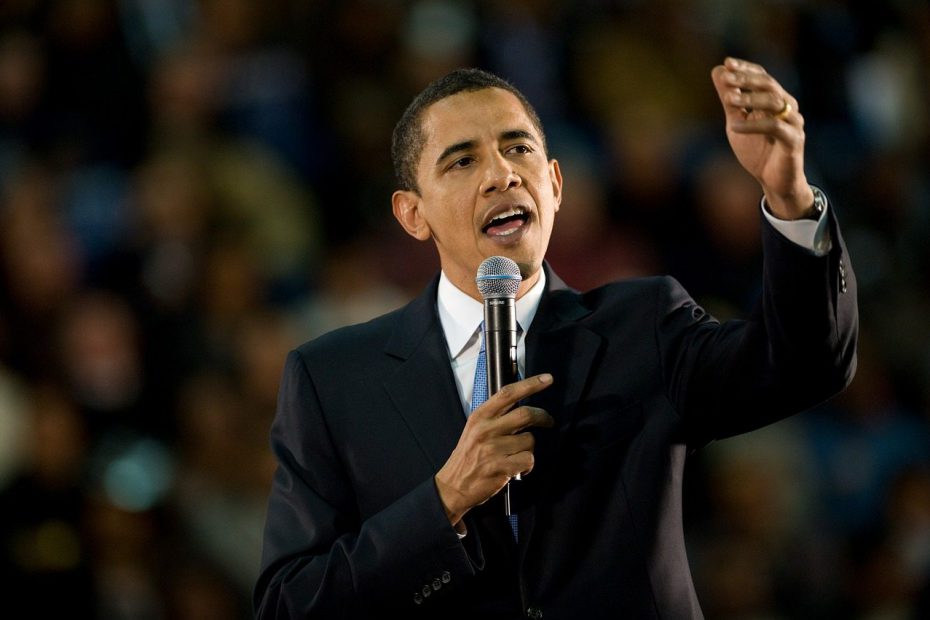 He lived from 106-43 B.C. He was a statesman and famous Roman orator, but he was not born that way. Cicero worked his way to the top; defying the odds and challenging the status quo, which dictated to all his predecessors. In Rome, when he grew up, there were limitations on the ambitions of every young person, especially those who were not born to monetarily, politically or militarily rich families. But Cicero was different. He had an ambition and he successfully harnessed the power of the tongue.

So much has been said about the similarities between the stories of Cicero, Bola Ige and Barack Obama; with Bola Ige being dubbed the ‘Cicero of Esa-Oke’ and Barack Obama earning the more contemporary title of the ’21st Century Cicero’. So, what exactly was prominent in the story of Cicero, and common to these other great men? It is very simple, and not far-fetched: Public Speaking as a means of Social Mobilization.

Cicero grew up in Ancient Rome, where it was a ‘crime’ to aspire for the highest office in the land, the office of the Consul, if one did not have a rich political family background, or a rich military family background. In essence, political succession was reserved for the high and mighty in the society, and operated in a hereditary manner. Only those whose ancestors had served the Roman government were recognized by the people in political contests.

As the child, Cicero grew, so did his political ambitions and his quest for success. For the records, Cicero was born to a very poor family, with no political or military background; therefore he was considered an outsider in political matters. However, he harnessed a new and unexplored field; the field of Public Speaking. Cicero had identified Public Speaking as a virgin territory in the quest for social mobilization and thus, channelled all energies into converting it to his private conclave.

Cicero grew to be respected all over Ancient Rome as a master of the art of Public Speaking, and no one needs to ask if he fulfilled his political ambitions, because he not only did, he successfully engraved his name in the walls of history as a famous Roman statesman and came to be regarded as one of the fathers of Public Speaking.

From the beginning of the age; events have been shaped by the power of the tongue. The biblical account of the creation story states that God said, “Let there be light!” A discerning mind will picture that the voice wasn’t a weak whisper; it was most probably a thunderous voice laced with power and authority. Similarly, events in modern history have been shaped by the ability to speak and to speak effectively.

Taking a brief trip back in time to the early 20th Century; events in the United States of America indicated that the average black man was under subjugation and denied civil rights. Women were not by any means allowed to vote, black men were not as privileged as their white counterparts; they attended segregated schools, ate in segregated restaurants, worshiped in segregated churches and practically lived segregated lives. Until…Martin Luther King Jr.

The young preacher from Georgia emerged on the scene as an agent of social change around 1950 and took on the cloak of leadership on behalf of segregated Americans; black and white. His mission was dubbed ‘Mission Impossible’ by detractors, because he was a black kid and he came from the under-privileged side of America; but like Cicero, Martin Luther King harnessed the power of Public Speaking and led America on a trip to re-discovery. On the 28th of August 1963, on the steps of the Lincoln Memorial, before over 250, 000 Americans, Martin Luther King delivered unarguably, the best speech of the 20th Century, and maybe of all time. It is to his credit that America began to experience a re-awakening in her treatment of her own citizens and he thus led the way for the liberation of coloured people in America.

Nelson Mandela, the messiah of the South Africans was a fierce vocalist in the chorus for social change. Growing up as a young man in South Africa, Mandela noticed the prevalent social injustice that frustrated native South Africans in their own country, and joining the African National Congress (ANC), he spoke up for everything he believed in and was rewarded with 27 years in the worst prisons of South Africa. But his years of sacrifice paid off on the 11th of February 1990 when he tasted freedom and subsequently emerged President of South Africa. But his use of Public Speaking did not end there; he remained a determined campaigner for the eradication of various social problems, least of which is the HIV/AIDS eradication campaign through his 46664 Foundation. Has anyone employed Public Speaking to better ends than Nelson Mandela? Maybe not!

Enter, Barack Obama: “the skinny black kid with a funny name”. That was how he described himself on his introduction to the big stage in 2004 when he addressed the Democratic National Convention (DNC). The story of Obama has been told time and time again, but the part of the story that stands out the most, is not that his father migrated from Kenya, or that his mother grew up in Kansas; it is not that he lived part of his life in Indonesia or that he grew up in Hawaii; it is not that he attended Harvard University on loan or that he has a small lovely family; it is that he successfully employed Public Speaking as a Means for Social Mobilization.

By his ability to speak before varying audiences and evoke the exact emotions he intends to evoke; laughter, joy, sadness, passion, tears, fear and then hope, belief, trust and then tears again; Barack Obama rose from obscurity to the highest and most desirable office in America, nay in the world! That is why his story has often been equated with that of the great Cicero; they both emerged from obscurity and maximized the power of Public Speaking to fulfill personal ambitions and to effect social changes in their societies.

The story is still the same today; anyone can dream, aspire, desire to achieve anything in life and be held back by the inability to speak up to influence people. Benjamin Disreali summed it all up years ago when he concluded that “With words, we govern men!” Anybody who will achieve anything worthwhile in the emerging world will and must ensure proficiency in Public Speaking, in order to captivate audiences and drive the message home. Social Mobilization in the 21st century will be fully actualized by the power of one strategy: Public Speaking.