Talent is not Enough 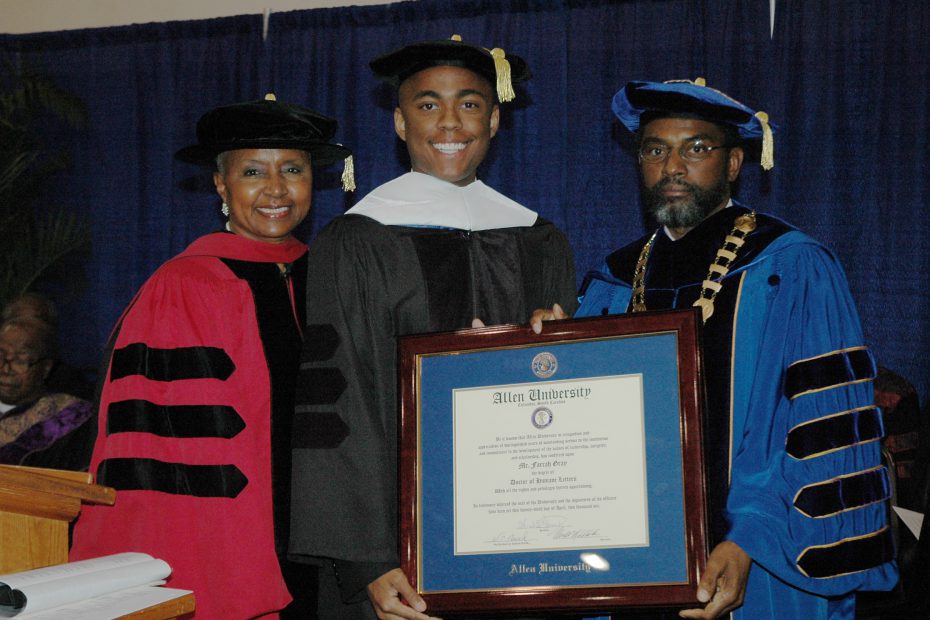 Through my interactions with several young people across the world, I have discovered that one question inevitably pops up at specific points in the life of a person, when they begin to feel dissatisfied with the status quo. For the average high school student, the question is largely that of progressing to a university for undergraduate studies; for the university graduate, the questions vary between getting a job and proceeding for graduate studies; and for career professionals, the range of questions is much wider: getting married now or later, moving on to a better job, switching careers, working longer or combining jobs in order to meet the financial challenges that lie ahead and so on. The bottom line is, every human being will someday arrive at the point where the question “What’s Next?” arises. For some people, the question hits them earlier than it hits others.

Farrah Gray was only eight years old when the challenges of brainstorming, creating, marketing, negotiating and managing were thrust on him. “What could an eight-year old probably know about business?” you might want to ask, but according to Farrah, he had no choice. Farrah Gray grew up in the ‘projects’ in the South side of Chicago, USA, what we call the ghetto, and like many of his peers at that time, he lived without a father and with a mother who had to work three jobs to keep the family stable. His mother worked so hard and long until she developed a disease which the doctor warned could lead to a heart attack. Facing a sad future, Farrah left home one bright morning and swore not to return home until he knew exactly how he was going to help his mother pay the bills. Young Farrah started out by marketing stones picked from the street as door-stops and paper-weights, then selling home-made shampoo, created from mixing bottles of old shampoos, and then he created an investment club in his neighbourhood, all at the age of eight.

Before long, Farrah Gray and his friends had raised substantial sums of money from their investments and business transactions that enabled him to open an office on Wall Street at the age of 13 and to start a food company. At the age of 14, he sold the food company for $1.5milllion and thus became a millionaire. At the age of 21, Farrah Gray was awarded an honorary doctorate degree from Allen University, USA and he was appointed to the governing boards of several companies. Becoming the youngest person ever to own an office on Wall Street, a millionaire at 14 and a ‘Dr.’ at 21 is no mean feat by anyone; it only affirms the position that it is possible to be young, talented and successful. Farrah Gray pursued his goals and translated his wild dreams to reality.

There are many people, all over the world, who could make Dr. Gray’s story sound like old men’s tales; there are many people with record-breaking feats inside them which they have not yet actualized. There are many achievers, even in the ‘dark’ continent of Africa, who have failed to discover their skills and to develop them for good ventures. Why are there so few people at the tip of the financial triangle of the world and so many, just like them at the bottom of the ladder? Has God, in his infinite mercies, endowed some with unmistakable talent and denied others the same privilege? That does not align with our idea of an ‘Almighty’ God, who is said to be no respecter of persons.

There is a recurring factor in the stories of all the known achievers in the world today, which explains why they ‘made it’ while others did not. There was something the successful entrepreneurs paid attention to, which whining underachievers ignored and much to their own peril. Richard Branson, founder of the Virgin Group discovered a passion to create an ‘alternative culture’ lifestyle at the age of 16, and thus he started his first business with $6, publishing a magazine that sold about 50, 000 copies in its first issue. He had struck success and he couldn’t stop so he quit school to run the magazine. His headmaster wrote him a note, saying “Congratulations Branson. I predict you will either go to prison or become a millionaire”. He not only became a millionaire, he became a billionaire long before the 21st century. He definitely pursued his goals.

Jerry Yang was only a school boy when he built a webpage to contain his golf scores, his name in Chinese characters and his list of favourite internet sites. In essence, Jerry Yang was only having fun, but that fun was what led him and his friend, David Filo to build a directory webpage, which they called Yahoo! That company made both of them multi-billionaires before the age of 30. Oprah Winfrey was paid $500 dollars for a giving a speech at the age of 12 and that evening she told her father that what she wanted to do when she grew up was to be “paid to talk”. Today, she is the richest and most powerful black woman in the world and the first African-American billionaire.

The list goes on and on; there is no human being on the surface of the earth who was not born with an innate gift or talent. The only line of distinction between young achievers and old underachievers is the failure to discover that talent or the laziness to develop that talent. The best way to become successful, as a young person is to discover what you have a comparative advantage in and to do it better than anyone else can. Donald Trump said, ‘A little effort is the best replacement for excuses’; young people have to close their eyes and their minds to the many distractions that try to prove that they can’t be successful and focus all their energies on developing their talents. Les Brown, a popular motivational speaker once said that “most people fail in life not because they aim too high and miss but because they aim too low and hit!

For anyone who would make the shift to the next level, there must be a preparation stage. This involves analyzing your present strengths and weaknesses, identifying your interests, researching the new field into which you intend to proceed and developing new skills necessary to thrive in the next level. Any high school student who intends to proceed to the university must be prepared to do well on the universities matriculation exams, just like any undergraduate must do well in the university if he/she would get a job after school. While you’re getting prepared, you need to keep your eyes out for opportunities and continue to develop yourself and build a culture of excellence. At times, opportunities will find you when you least expect them; therefore as the motto of the Boys Scouts goes “be prepared always”. With full preparation, stepping into the next level will not be difficult. With desire, discipline ambition, and the right attitude, anybody can move to the next level.

The world awaits young people who will look inwards, discover their God-given gifts, develop them and display them for the world to see. Robert Kiyosaki, author of ‘Rich Dad, Poor Dad’ says that focus is the key to success. For any young person who aspires to greatness, there is no one standing in your way. If you want something, you must realise that the desire is not enough, neither is the gift or the talent; you need to do what you have to do, in order to do what you want to do. The key to success is embedded in this simple question, “What would you do if you knew you couldn’t fail?”