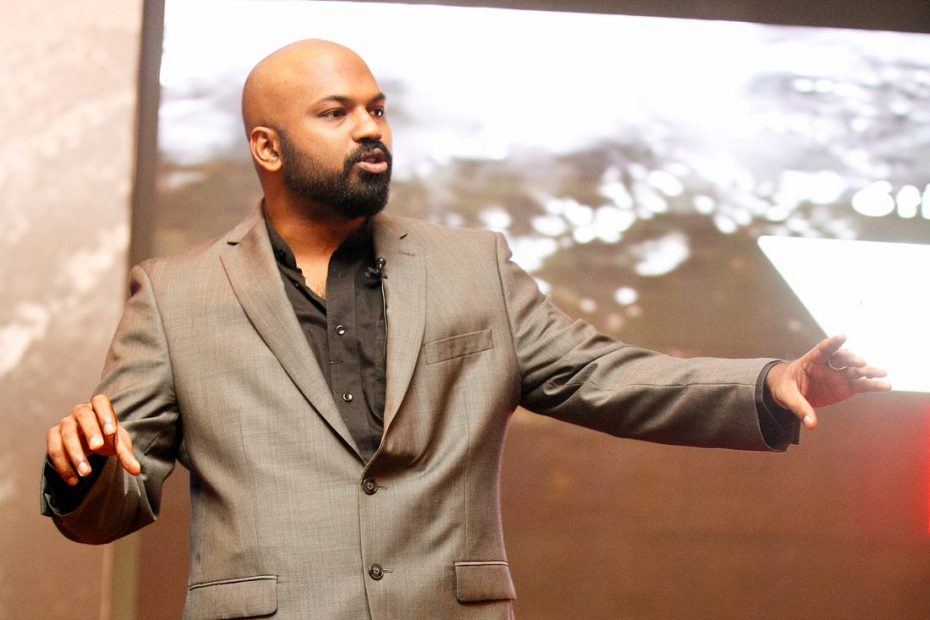 When Australian Jock Elliot, a resident of Bongaree, Queensland, walked across the expansive stage at Bally’s Las Vegas Hotel & Casino on Saturday, August 20th 2011 to receive his trophy, it was the culmination of a 36-year dream; a lifelong pursuit of the much-coveted title of ‘World Champion of Public Speaking’. Since joining Toastmasters International, the world’s largest public speaking organization in 1975, Jock gradually learned the nuances of the public speaking trade, took part in speech contests, and entered for the World Championship for the first time in 1991. Not meeting his target, he participated in the contest again every year for twenty years; each time competing against about 30, 000 people from 116 countries. On six occasions, he made it to the finals, placing third in 1994, but having his sights set on the grand prize, he stopped at nothing until he fulfilled his life dream. By the time of his crowning as the World Champion of Public Speaking in August 2011, Jock Elliot had taken part in an estimated 380 Toastmasters speech contests.

Toastmasters International was founded in October 1924 by Ralph Smedley, as “an international educational organization that teaches public speaking and leadership skills through a worldwide network of clubs”. According to the Toastmasters International website, there are more than 280, 000 members spread across 13, 500 clubs that meet weekly in 116 countries to improve their competency in public speaking and organizational leadership. The organization further states that “the role of a Toastmasters club is to provide a mutually supportive and positive learning environment in which every individual member has the opportunity to develop oral communication and leadership skills, which in turn foster self-confidence and personal growth”. Through a communications track and the leadership track, Toastmasters members have the opportunity to measure their growth by taking on regular speaking roles at club meetings and performing leadership tasks for the organization. However, the highlight of membership for most Toastmasters is participation in the annual international speech contest.

The Toastmasters international speech contest is organized through each of the individual districts around the world. Starting in the winter of each year, international speech contests are organized at the club level where participants deliver 7-minute speeches on subjects that have inspirational components and international appeal. Speakers are judged on three main criteria: content (50%), delivery (30%) and language (20%). Under the content segment, the judges pay attention to the speech development process, the effectiveness of the speech; measuring how the audience reacts to the speech, and the speech value. When scoring the speech delivery, the judges focus on the physical presentation of the speech through gestures, expressions and body positioning, the voice rate and volume and the enthusiasm and assurance that the speaker exudes. The final scoring component is the use of language; considering the appropriateness of the choice of words employed by the speaker and the proper use of grammar and pronunciation.

Considering the vast number of international speech participants around the world, competitors rise through the intricate web of clubs, areas, divisions and districts that Toastmasters has designed. Speech competitors who win their club contests proceed to the area contest where they compete against other club winners. The winner of the area contest proceeds to the division contest where they compete against other area contest winners before proceeding to the district contest. Each of the 89 Toastmasters districts (some encompassing several countries) sends their international speech contest winners to the organization’s annual summer convention, where the highlight of the four-day conference is the finals of the World Championship of Public Speaking. After nine semi-finals, the final line-up of competitors emerges and the fireworks are set to commence.

Since Henry Wiens of Reedley, California won the inaugural contest in 1938, winners of the World Championship of Public Speaking have gone on to build successful careers as motivational speakers, trainers, management consultants, speech coaches, keynote speakers, book authors and public speaking bloggers. David Brooks, 1990 champion established World Champion Speakers, after his ascent to the pinnacle of speaking recognition at the 1990 convention. He says on his website: “As the World Champion of Public Speaking and as an award winning trainer, I have taught nearly 100, 000 business people in 24 countries to speak and write clearly, concisely and confidently”.  Ed Tate, 2000 World Champion of Public Speaking founded Ed Tate & Associates as a leadership and management consulting firm; his website describes him as “Ed Tate, 2000 World Champion of Public Speaking …the speaker who energizes, educates and entertains”. Even contest participants who did not make it to the finals in previous years have built successful speaking careers, like Malachi Talabi from the UK who placed third in one of the nine semi-finals at the 2011 convention who has gone on to build a career as an inspirational speaker and speech coach; publishing a book “Seven minutes to win it” in 2011 and releasing a set of audio CDs, “The three Cs of Connection’ in 2012. What a difference a competition makes!

At the 2011 contest, Kwong Yue Yang of Guangdong, China placed second with a phenomenal speech titled ‘Fortune Cookie’, while Scott Pritchard of Las Vegas, Nevada placed third with his speech ‘Roscoe’s Words’ in which he paid tribute to his late grandfather whose words of wisdom have guided him through life. But Jock Elliot’s winning speech tells more than the story of his ascent to the much coveted apogee of oratory; it drives deep into the heart of every human relationship. In his speech ‘Just so lucky’, Jock discussed the relationships he has been blessed to maintain with “the friends of my blood – which is my family; the friends of my time – which are the people I’ve grown up with and shared experiences with; and the friends of my heart – people who have shared my life emotionally”. Being a veteran of the stage, his speech made a resounding impact on the more than 2,000 people who listened to him live and several others who have watched the speech on the internet. In accepting the honour, he said “Thank you for more than a lifetime of challenge, opportunity and friendship. If I had won this award five years ago or twenty years ago, I might have been a richer speaker, but not a better speaker”. His final words of advice to intending speech contestants was “a good speech is like a good book or a good song; it is memorable and creates an emotional connection”.